You are here: Home / Archives for rage 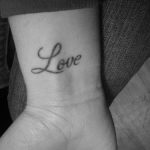 Self harm, also known as self injurious behavior, is a topic that frightens many and is not talked about enough, particularly when discussing young adults and adolescents. Self harm manifests in many ways including cutting, burning, scratching, hitting, punching, head banging, sticking objects into the skin, or even swallowing dangerous substances. Some common misconceptions about self harm are that the people who do it want to die, they are trying to get attention, or they are dangerous. While finding out someone you love is engaging in self destructive behavior can be devastating and frightening, there is hope. Self harm usually is not a suicidal gesture. Those struggling with this behavior are seeking to escape the intense emotions they are experiencing. This seems like an oxymoron to many people. Why would someone want to inflict physical pain to avoid emotional pain? The truth is that self harming behaviors actually provide a temporary sense of relief due to the endorphins that are released in the body after cutting, burning, or other self injurious behavior. When our bodies are injured the natural biological response is for the body to release chemical endorphins. This creates a feeling of calm and temporarily soothes a hurting soul. The problem is that this temporary relief does not last very long and in fact creates even more emotional pain. It doesn’t address the underlying issue.

The first response I have to someone who is engaging in self injurious behavior is to find out what feelings they are trying to escape from. It is imperative that therapeutic work is done to get to the core of what they are self soothing. What happened in the past that is so painful and emotionally scarring that the only relief comes from hurting oneself physically? Generally the answer always comes back to buried rage. We learn at an early age that anger is socially unacceptable. Anger equates to fighting, violence, pain, suffering, even death. The misconception is that anger equals action. This is entirely untrue. Anger is a feeling just like any other. Even more important is the understanding that anger is a secondary emotion. It stems from some other feeling first such as hurt, pain, vulnerability, betrayal, loss, etc. In order to understand the rage we need to look back and discover where it was born. There is too much of what I call “bandaid therapy” in treatment these days. Learning new behaviors and practicing different coping skills accompanied by self esteem boosters and thought changing cognitive work. These practices are not entirely ineffective, but they lack the long term results that one hopes to get when they seek professional support for emotional difficulties. Learning new skills is incredibly beneficial after the core issue is understood and addressed. In order to see lasting change, one has to look deep into the psyche to uncover where the damage started and then begin to unravel it and heal old wounds. The therapeutic relationship is the perfect place to start doing just that.

My approach to self harm is to first create a trusting and solid therapeutic relationship in which to build a foundation for wellness. Once this is accomplished we will begin to uncover what has been buried so that we can begin to heal old wounds. The message anyone who self harms needs to hear is that they do not deserve to suffer any more than they already have. In therapy peace and understanding can be found that eliminates the need to self soothe through self harm.

We would love to provide you with a safe and comfortable space to share your story and begin the journey of unraveling whatever it is that is creating unrest within you. Life can be painful and challenging, but you are capable of freeing yourself from that which holds you back from your true potential.

Please fill out the form below or call our office number to make an appointment and begin the process of finding a sense of wholeness, health, and peace within yourself. Please note that we will respond to all appointment requests within 24 hours, Monday through Friday.